A new Nissan Juke Nismo RS will be unveiled at the Los Angeles Motor Show in November, the Japanese manufacturer has confirmed. 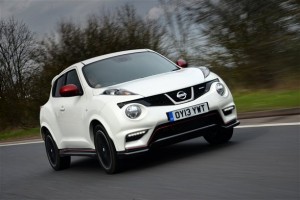 Although no details have been officially revealed, it is expected that the 1.6-litre turbocharged engine will be tweaked to produce around 230bhp – compared with 197bhp in the current model. Torque will also be increased and as a result the RS’s 0-62mph time will likely drop to under 7 seconds (down from 7.8 currently).

Additionally, the Juke Nismo RS is touted to receive a lower, firmer suspension setup. Nissan will presumably release some official details in the coming weeks.